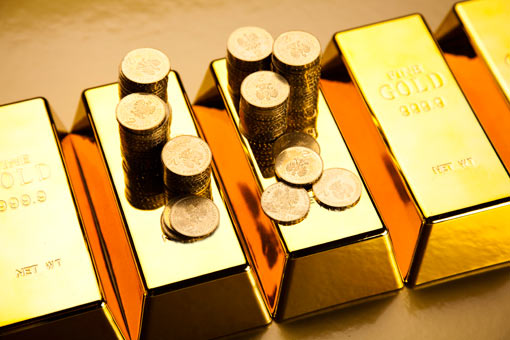 “When the (global) prices fell below $1,300 we saw some gold demand, but since the prices turned higher, the physical demand also slowed down,” said Peter Fung, head of dealing at Wing Fung Precious Metals in Hong Kong.

“The North Korean and US summit was cancelled, so there is some tension in the market and that pushed prices higher,” Fung said.

In top consumer China, premiums eased to $6-$7 an ounce over benchmark prices, compared with $8-$9 over in the previous week, pressured by a seasonal slowdown amid a weaker yuan.

Hong Kong premiums were little changed from last week’s 60 cents to $1.30 an ounce level. “In China, I heard the demand is not strong, but that is normal because now is typically a soft season for gold, the yuan also depreciated,” said Samson Li, an analyst with Thomson Reuters GFMS.

The Chinese yuan was hovering around four-month lows versus the dollar amid trade frictions between China and the United States.

Dealers in India, the world’s second-biggest consumer, were offering a discount of up to $6 an ounce over official domestic prices this week, the highest since March 24 and versus $4 last week.

“Demand is negligible. Jewellers are not comfortable with the current price level,” said a Mumbai-based dealer with a private bullion importing bank.

“The rupee depreciation is making gold expensive for Indians. Investment demand is very weak,” said a gold dealer based in Ahmedabad in the western state of Gujarat.

The rupee has depreciated by about 6 percent this year, and hit its lowest in 16 months this week.

Meanwhile, in Singapore, premiums of around 60 cents to $1 an ounce were being charged, as against the 90 cents level last week.

In Japan, prices remained on par with the global benchmark.

“The price movements are not big enough to change premium levels,” said a Tokyo-based trader.

Is India’s gold rush coming to an end?