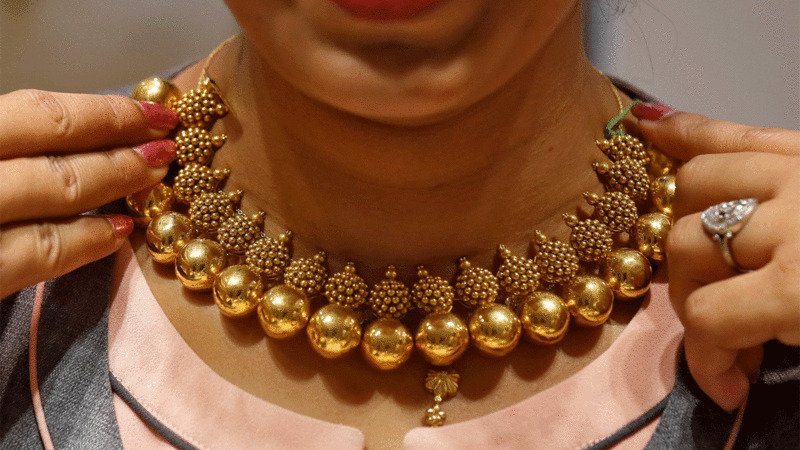 Jewellers taking gold loans from big banks must top up their margins or fix the price and currency rates sooner than they would have liked after prices of the safe-haven metal climbed $100 an ounce over the past month to breach the $1,500 barrier.

Banks give gold metal loans for 180 days to domestic jewellery manufacturers at interest rates depending on their financial strength and standing. The jeweller pays an initial margin (such as bank guarantee, fixed deposit and standby letter of credit) fixed at 105 per cent, 108 per cent or 110 per cent of the loan value. If gold prices spike, the lending bank makes margin calls on borrowers, and these margins are settled daily. “If these jewellers can’t top up the margin, they have to perforce price the gold (denominated in USD), and the rupee rate with the bank,” said an official at a private lender. “They risk facing inventory loss or selling at discount to the end customer if gold declines sharply after they price the gold (and rupee) with the bank to reduce the margin requirement.”

Amit Modak, CEO of PN Gadgil & Sons, said his company maintains a cash/cash equivalent backed reserve to meet margin requirements “without difficulty” during times of sharp volatility. He added that those who avail of GML (gold metal loan) without creating a “contingency” reserve could face problems when prices spike, causing demand to dip “as at present.” For convenience, if kilo gold is valued at Rs 38 lakh and the jeweller pays the bank a cash or cash equivalent margin of 39.9 lakh (105 per cent) and the rate rises the next day to Rs 38.20 lakh, the margin has to be topped up by Rs 21,000. If the jeweller has taken a 100-kilo loan, this translates into Rs 21 lakh, which has to be paid in 24 hours.

“In the event, a client can’t top up the margin, he or she simply prices the gold and the rupee rate,” said Shekhar Bhandari, senior executive VP, Kotak Mahindra BankNSE -1.30 %. “We have issued margin calls but each client has topped up the margin.”

However, Surendra Mehta, national secretary, India Bullion & Jewellers Association (IBJA), said that while the risk of bank default was obviated by pricing the gold, the jeweller could face a double whammy if prices fell and demand didn’t materialise.