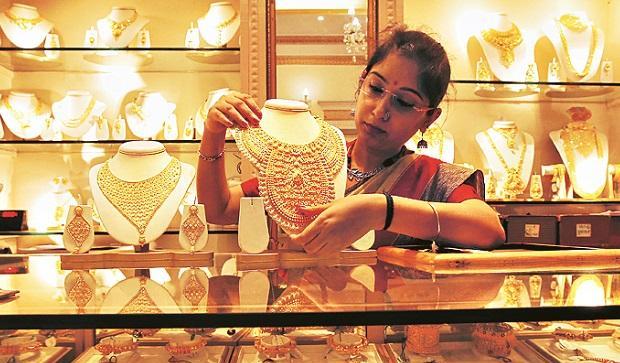 Gold prices at Zaveri Bazar, Mumbai’s physical market, increased 18.5 percent in the current financial year and 14.5 percent in the last two months. These are one of the highest returns in the yellow metal in the past few years.

With international gold price crossing $1,500 per ounce (31.1 gram), the market has excited many analysts globally. But there are some worries about the speed at which gold prices have risen in less than five months.

The current rally is without real demand from Indians buying gold. When international prices rally and a country with around 15 percent of global demand is not buying much gold, the follow-up demand support is missing.

At a time when large institutional or financial market investors are buying gold when consumer demand is low, it is leading analysts to fear a pull-back in prices, which could be equally sharp.

Nigam Arora, a US-based algorithm expert and author of popular the Arora Report, said in the email response, “At this time, it is very important for investors to think in terms of the time frame. In the very short term, gold is technically very much overbought. Due to this, gold is vulnerable to a pullback. The pullback can be severe, especially if there is progress in trade talks between China and the US or if interest rates move up in the US.”

Even Indian analysts see a pullback and cite technical chart patterns to support the view.

Ajay Kedia, the director, Kedia Commodities, said, “In a weekly MCX gold price chart, bearish Harmonic pattern is seen. This indicates that in the short term, the MCX gold price could fall from the current level of around Rs 38,000 per 10 gram to Rs 33,500-34,000 in the near term.”

He sees international gold’s first support around $1,470 and if that is broken then $1,422 per ounce.

However, if and when that level is seen, huge gold buying can be expected.

In the last two months, gold demand has been lackluster. Currently, top 10 short positions on the MCX are around 14,000 lots which could be including hedging and top 10 long positions are around 12,000 lots (one lot of 1 kg).

These cover most of the trading interest on the MCX.

Instead of projecting a sharp fall, he says, “We would not be surprised to see gold take a bit of a breather here with speculative long positions back again around the highs of the last two occasions.”

US-based Comex platform is the benchmark for gold trading. On that futures and options, combined positions, according to data provided by the US Commodity Futures Trading Commission (CFTC), show that gold price peaked in July 2016 at $1,375/oz and September 2011 at $1,921/oz.

In the long run, however, Wood said, “Greed & Fear remains as bullish as ever on the long-term prospects for gold. But the catalyst for a really explosive move will be when the Fed next moves into the unorthodox territory in terms of monetary policy.”

Arora is also bullish on gold in the long run.

He said, “In the very long term if central banks keep on the present course, gold is heading towards $2,000.”