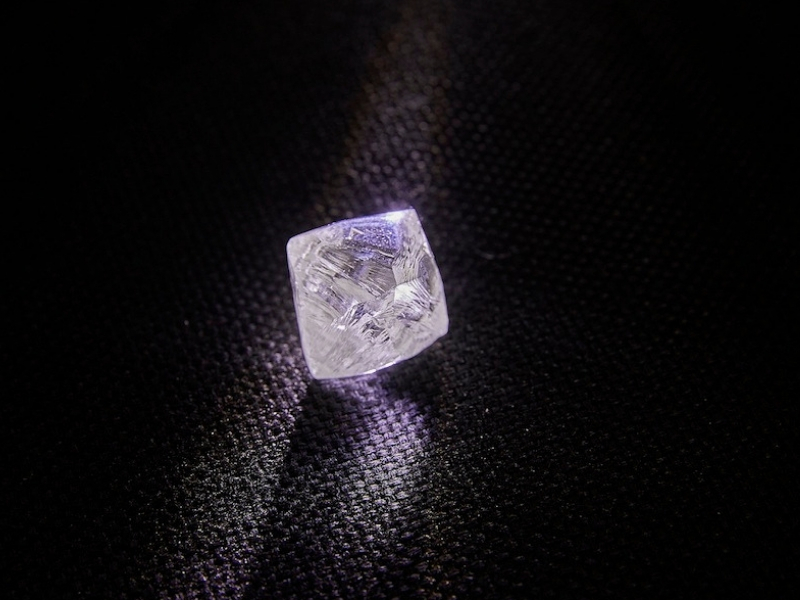 The world’s top diamond producer by output, Alrosa, has unearthed a rough diamond weighing 98.8 carats at Zapolyarnaya kimberlite pipe, which is the part of Russia’s Verkhne-Munskoye diamond deposit.The rock, a unique transparent one with a visible yellow shade and of gem-quality, is the second major find since the launch of the deposit last October, Alrosa said.

“[The find] speaks about the great potential of the Verkhne-Munskoye deposit,” Evgeny Agureev, member of the management board, director of the united selling organization, said in the statement. “Not every kimberlite pipe regularly brings large diamonds over 50 carats. Especially when it comes to such a large crystal, like this one — weighing almost 100 carats.”

The Verkhne-Munskoye deposit is expected to yield about 1.8 million carats of rough diamonds per year. According to Alrosa, its reserves are sufficient to continue mining for more than 20 years — until 2042.

Last month, the company found a white rough diamond weighing nearly 200 carats at its Udachnaya pipe, its largest find in more than two years. The asset ranks among the largest primary diamond deposits both in Yakutia and abroad.

Alrosa produces close to 40 million carats of diamonds annually from its Russian mines, or about 27% of the world’s total. That’s 18% more than its closest competitor, Anglo American’s De Beers.