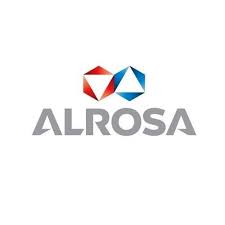 The world’s top diamond producer by output, Alrosa, found a heart-shaped rough diamond at the Udachnaya kimberlite pipe in Yakutia, eastern Russia.The stone weighs 65.7 carats and company experts say it may be over 300 million years old.

“Diamonds of a distinctive shape that resemble some object or symbol are extremely rare in nature. Most rough diamonds are octahedron-shaped or do not have a particular shape at all. The appearance of a heart-shaped rough diamond, especially on the eve of Valentine’s Day, seems to be a symbolic gift of nature not only to our company but also to all loving couples,” said Evgeny Agureev, Director of the United Selling Organization at Alrosa, in a media statement.

The heart-shaped diamond may be over 300 million years old. This is not the first time that the Russian firm lays hands on a unique diamond. Last summer, just in time for the World Cup that was being hosted in its home country, a rough diamond in the shape of a soccer ball was found at the company’s Karpinskaya-1 pipe, located in the northern Arkhangelsk Region.

The heart-shaped gem was actually dug up on January 23, 2019, but it made its public appearance on February 14. The place where it was unearthed, the Udachnaya pipe, is located near the town of Udachny, some 550 kilometres north of Mirny.

Udachnaya was first discovered in 1955 but it took over 15 years for open-pit mining to start in the place. The pipe now ranks among the largest primary diamond deposits both in Yakutia and abroad and it consists of two ore bodies, the Western and Eastern which unite in the near-surface part.