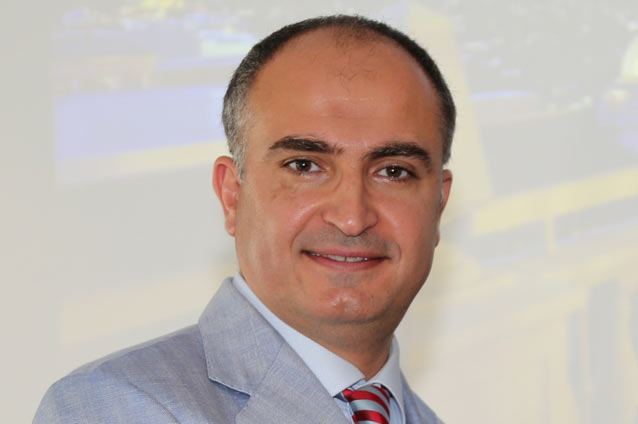 Al Basel Group, one of the leading groups of companies in the UAE that offers a range of specialised services for high-profile clients, revealed plans to launch a new jewellery business in Saudi Arabia in line with its expansion plans in the region.

Albairaq for Diamonds and Jewelry will form part of the growing Al Basel Group led by the founder and chief executive officer Basel Al Kasem, with his younger brother Omar Al Kasem at the helm of operations, said a statement from the company.

The company is set to be operational by the end of 2018, giving rise to a range of job opportunities for Saudi nationals, thereby complementing the ongoing localisation efforts, it said.

Saudi Arabia’s gold and diamond jewellery market is set to cross $6 billion by 2022, as revealed by a recent TechSci Research report, thanks to the rise in young demographic; market demand for exclusively crafted, customised, elegant jewellery; and surging economic development in the country.

Furthermore, increasing e-commerce penetration and business expansion by various leading global jewellery manufacturers across the country are expected to further accelerate this growth in the coming years.

Basel Al Kasem, founder and chief executive officer of Al Basel Group, said: “The launch of Albairaq for Diamonds and Jewelry, a family-owned business, and as part of Al Basel Group complements our planned expansion strategy for the region.”

“Professionalism, integrity and commitment have always been our guiding principles and this growth can be attributed to our strict adherence to these core values. Our entry into the jewellery market is prompted by rapidly evolving consumer preferences, latest fashion trends, and rising interest of youth towards contemporary designs,” he said.

“The launch of the new business is also in alignment with the kingdom’s nationalisation initiative as it aims to offer more than 50 per cent of job opportunities to Saudi locals, contributing to the localisation of the gold and jewellery market,” he added.

“We are optimistic about the future of the jewellery market, thanks to the immense support provided by the government in areas including training and qualification, to prepare youth for key roles in businesses.” Al Kasem concluded.

Reflecting its commitment to the Vision 2030 development agenda, Al Basel Group intends to invest in KSA’s education sector, which will also contribute to a wide-ranging economic and social initiatives aimed at diversifying the economy away from its traditional reliance on oil and creating a more dynamic private sector that offers employment for the growing population.

The growing investments also reflect the Group’s confidence in the strength of the country’s economy.

Omar Al Kasem, global VIP relations director/head of diplomatic accounts, Al Basel Group, said: “We are optimistic that our investments in Saudi Arabia’s private sector will effectively contribute to the achievement of Vision 2030 goals that aim to transform the country from an oil-dependent economy to an international trade and commerce hub, with education as one of its key focus areas.”

Seven administrative regions in Saudi Arabia – Qasim, Tabuk, Najran, Baha, Asir, Northern Border, and Jazan – announced their commitment to the localisation of the gold and jewellery market in December 2017 in response to the decision by the Ministry of Labour and Social Development to encourage localisation.

Since then, these seven regions are actively supporting the nationalization drive by hiring and training Saudis to work in their stores. Saudisation of the gold and jewellery sector will play a key role in providing employment to young Saudi men and women as the kingdom currently ranks among the top five countries in the world in terms of gold consumption.

With a well-devised strategic roadmap, Al Basel Group is poised to achieve its target sales profit of Dh100 million ($27.22 million) in the second year of operations, while simultaneously expanding its network of retail shops, it stated.

The new Mikimoto Boutique at the Dubai Mall