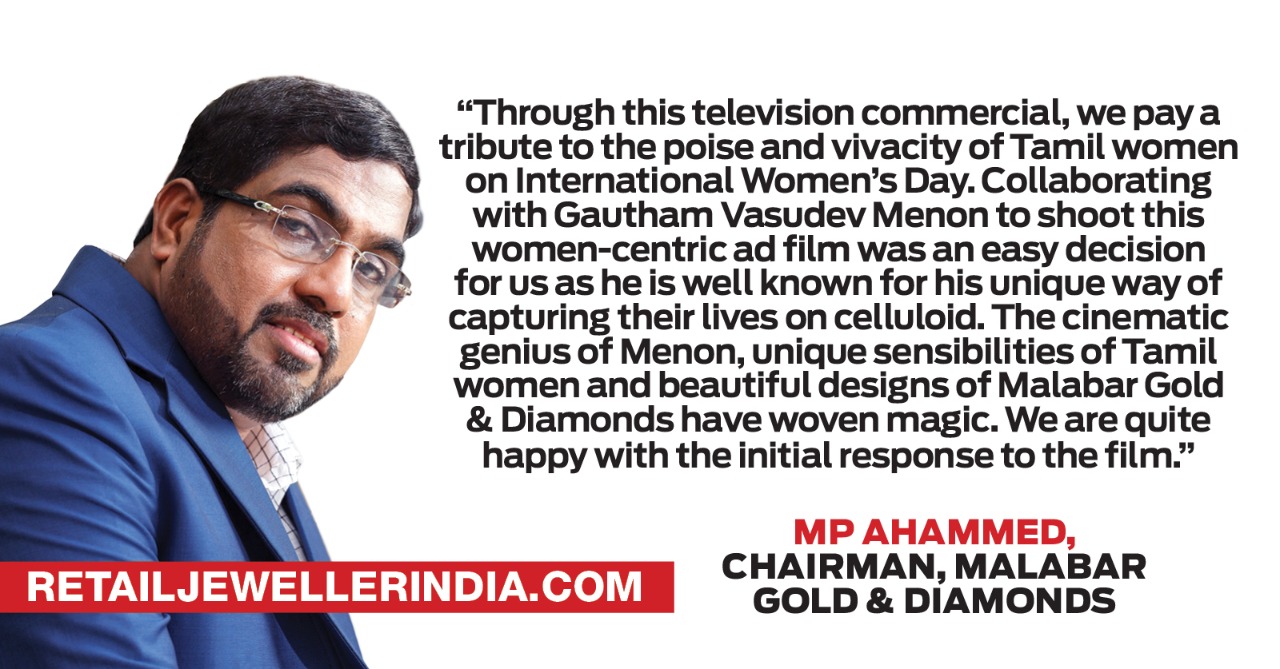 Malabar Gold & Diamonds, one of the largest gold and diamond retail chains in the country, has released a television commercial film directed by renowned filmmaker Gautham Vasudev Menon tailored specifically for the Tamil Nadu market. The film celebrates the beauty and grace of the Tamil woman and its launch coincided with the occasion of International Women’s Day.

The ad film differentiates itself with the use of vivid colours, authentic shoot locations, relatable day-to-day scenarios and subtle treatment for which Menon is known for. It also projects the cultural sensibilities and aesthetic nuances of Tamil women in such a way that the narrative cuts across linguistic barriers to become universal.

Gautham, who has made his mark in the Indian film industry for his distinctive portrayal of women in Tamil and South Indian cinema, brings his deep understanding of Tamil culture and deft directorial touch in recreating the visually stunning film.

“Through this television commercial, we pay a tribute to the poise and vivacity of Tamil women on International Women’s Day. Collaborating with Gautham Vasudev Menon to shoot this women-centric ad film was an easy decision for us as he is well known for his unique way of capturing their lives on celluloid. The cinematic genius of Menon, unique sensibilities of Tamil women and beautiful designs of Malabar Gold & Diamonds have woven magic. We are quite happy with the initial response to the film,” said Malabar Group Chairman MP Ahammed.

“The concept of the whole production was quite interesting, exciting as well as challenging since it aims to portray the Tamil women in their authentic aura. While I have directed many television commercials in the past, this one was special as a result. The experience of shooting this commercial has been creatively stimulating for me. I applaud Malabar Gold & Diamonds for going the extra mile and attempting to capture the distinctive spirit and charm of Tamil women in their communication,” said Gautham Vasudev Menon.