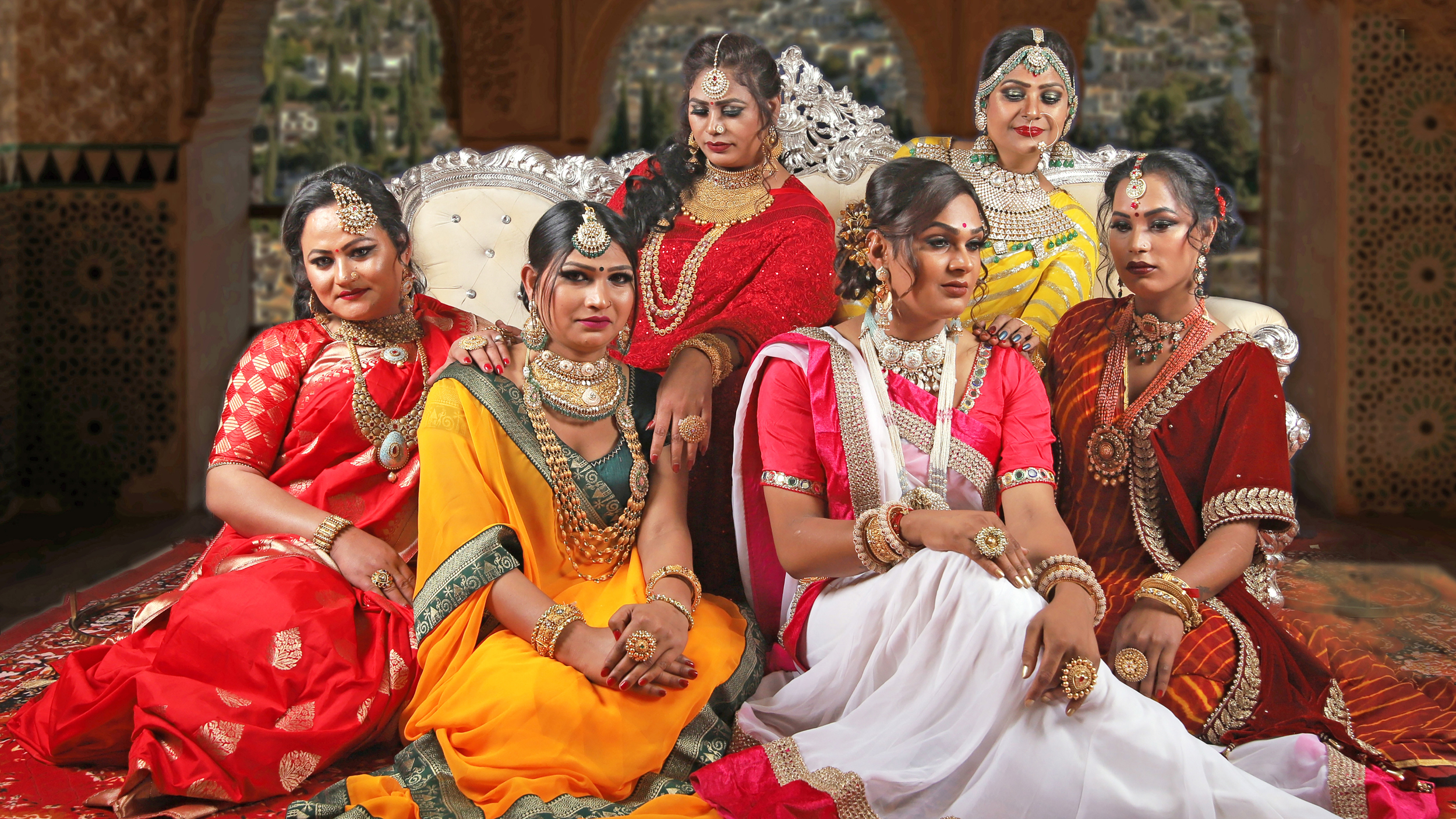 It’s not every day when we talk about transgenders. Although the law recognizes them as the third gender and the countrymen keep harnessing their blessings upon childbirth, walking shoulder-to-shoulder with them is still a far cry for the first two genders. Apply that perspective in Indian fashion and the concept of physical beauty gets hurt for many. However, two reputed Indian jewellery brands are resolute enough to shatter such beliefs.

Putting beauty, not gender identity, to the fore

Take Sona Chandi Jewellers from Kanpur for instance. Nandita Agarwal, the youngest generation for the brand, took a huge leap of faith with a print advertisement campaign, putting six transgenders of their city as brand ambassadors for their latest bridal jewellery campaign called Mangala. The brand chose the name aptly, glorifying the auspiciousness of the community. “The model sporting the bridal jewellery in the campaign has been receiving a lot of appreciation. With the look we created, it’s the beauty that comes out and not the tendency to identify the gender. That’s the sort of inclusiveness we had aimed for,” said Nandita.

Making heads roll with the print campaign, siblings Nandita Agarwal, the managing director (marketing) and Bandita Agarwal, MD (sales) have outlined an impressive social media promotional tactic for this collection. The social media handles of the brand are replete with original stories, anecdotes and poems about the community. The six models in the photo shoot belong to the usual transgender community of Kanpur. They are in no way associated with any well-to-do background. Sona Chandi bore the responsibility to groom their looks for the photo shoot.

It is a similarly strong sentiment towards gender equality that drove Navya Suhas, online operations head, Bhima Ornaments to peg their 2021 brand advertisement over the journey of a reclusive transgender in Kerala. The video advertisement narrates a heartwarming story about a person fidgeting with sexuality polar opposite to his feelings, which his family understands. Taking baby steps towards self-exploration, his parents accept his nature first with a pair of anklets. Shedding clothes for men and daring to accept female attire thereafter, the character transforms into a happy transwoman escorted to the marriage altar by her proud family.

Social disparity is the reason behind the Agarwal siblings taking this route. A chance encounter with a transgender customer prompted the brand to approach five other trans personalities the customer was close to, and create the campaign.

Bhima Ornaments is a 96-year-old brand in the Indian jewellery community and Navya, a fourth-generation jeweller, realized the changes in social dialogues over decades of the brand’s functioning. “Although the backdrop of this advertisement is in Kerala, the first state to legalize gay marriage and give employment opportunities to trans-people, a pan-India change in trans discourse is happening. This is the right time to push such messages across forums,” said Navya.

Thankfully, the market is responding really positively to the efforts. There is always the risk of social alienation from the more conservative fringes of any Indian community whenever such a buzz happens. In case of regional jewellers such as Sona Chandi who entrust their clientele with similar belief systems, the Mangala campaign has been nothing short of a big gamble. But the gamble has turned out to be good.

“Even our existing clientele in the 40-60 age bracket are congratulating us for speaking out loud. The kind of appreciation we are getting on social media through direct messages and comments is phenomenal,” said Nandita. She added that never before has their target audience been so involved in a jewellery brand campaign. People well beyond Kanpur and Uttar Pradesh are talking about it. As the word spreads, the brand gets the confidence to embark on similar initiatives as it plans to associate this campaign with Indian transgender luminaries.

For Bhima Jewellery though, this effort towards a nationwide awareness has got their contemporary jewellery players heaping praises. “Big players in the jewellery industry are congratulating us. They are saying that such initiatives uphold the image of the Indian jewellery industry in progressive times. Usually, brands like Tanishq are known for driving such notions, but it’s heartening to know that the industry supports our belief,” said Suhas, whose radical approach towards marketing within just months of joining her family brand indicates their stand as far as including the trans community is concerned. “We do hope that one day we get to have trans people as part of our workforce,” maintained the young businesswoman.

Breaking the mould of safe, predictable marketing practices, both brands put the thought of inclusiveness over and above jewellery sales expectations. The bold initiative resonates with the young generation that connects with brands who have a sense of social purpose.

Jewellery has been an inseparable part of adornment for recognized genders in India, and it’s time that progressive jewellers come forward to broaden the scope of embellishment for the third gender as well.

RJIF 2021: Digital adoption for jewellers: Covid and beyond