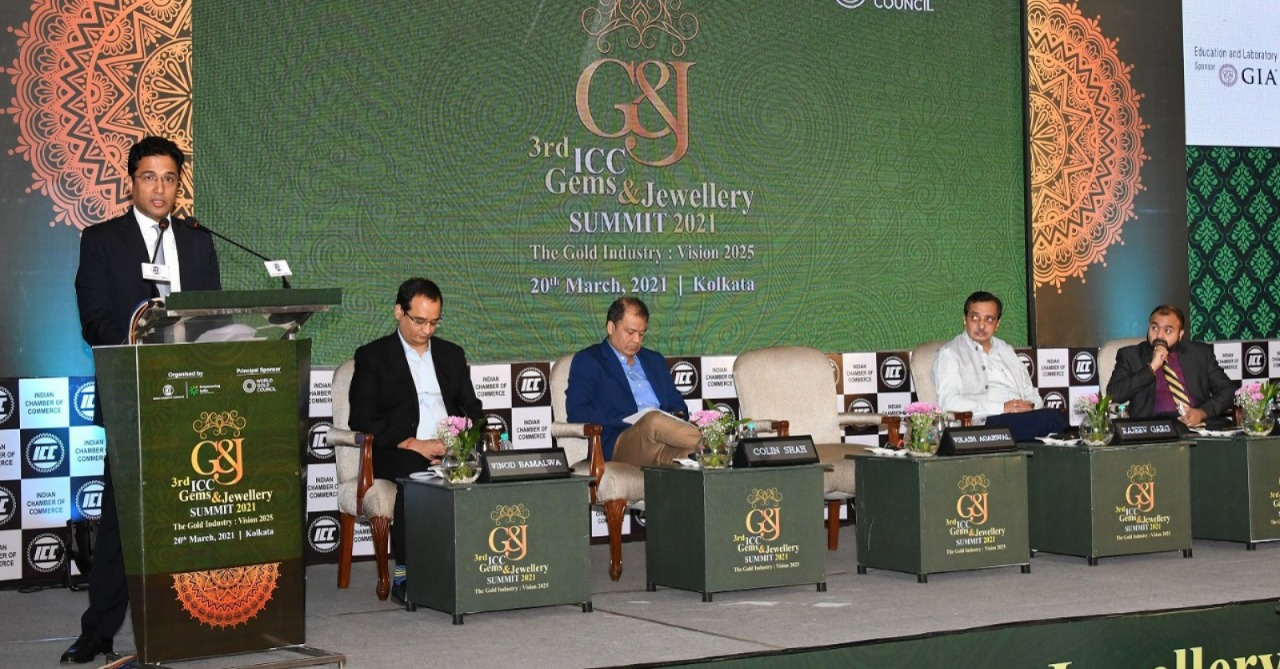 “India should become synonymous to gems and jewelry- when the world thinks of gems and jewelry, India should be the first name that pops up in their mind”, said Mr. Colin Shah, Chairman, Gem & Jewellery Export Promotion Council (GJEPC) at the 3rd ICC Gems & Jewellery Summit 2021 organized by the Indian Chamber of Commerce (ICC). He is hopeful that over the next three years, India’s future is extremely bright and gems and jewelry will get its rightful share. But there is a need for a faster adoption to digital medium. He informed that GJEPC has tied up with e-commerce giants- amazon and ebay to boost exports. Additionally, recently, a common facility centre (CFC) has been built in Bowbazar, Kolkata that will encourage even the smallest Karigars to use technology at the least cost and build global standard products.

Mr. Rajeev Garg, ED & CEO, Gem & Jewellery Skill Council of India (GJSCI) informed that 3 laboratories have become affiliated training partners with GJSCI and that BIS training will happen in collaboration with GJSCI. He also said that GJSCI has partnered with IIT Bombay and launched a Centre of Excellence (COE) for Jewellery Artificial Intelligence & Data-science Excellence. The pilot project of GJSCI has 4 manufacturing giants who has come together to share best practices in terms of training. GJSCI is also trying to create a mechanism to help project hit ratio through AI for jewelers.

Mr. Saiyam Mehra, Vice Chairman, All India Gems & Jewellery Domestic Council (GJC) said that at present major attention is being given to the Karigars and we need to provide all infrastructure requirements for them. Also opening up of mining sector and setting up of bullion banking are the need of the hour. “Its high time we dictate the world gold prices as we consume almost 30% of world gold”, said Mr. Mehra.

Mr. P R Somasundaram, Managing Director, World Gold Council informed that gold category marketing is on the anvil. “For 2030 we should build more trust with all stakeholders similar to that of the financial asset class”, he said. Mr. Somasundaram also informed that Jewelry sector doesn’t account t for 7% of GDP and instead 1 to 1.3% of GDP. He said that there is a need to build data, infrastructure and a self-governance framework before we approach the Government for policy.