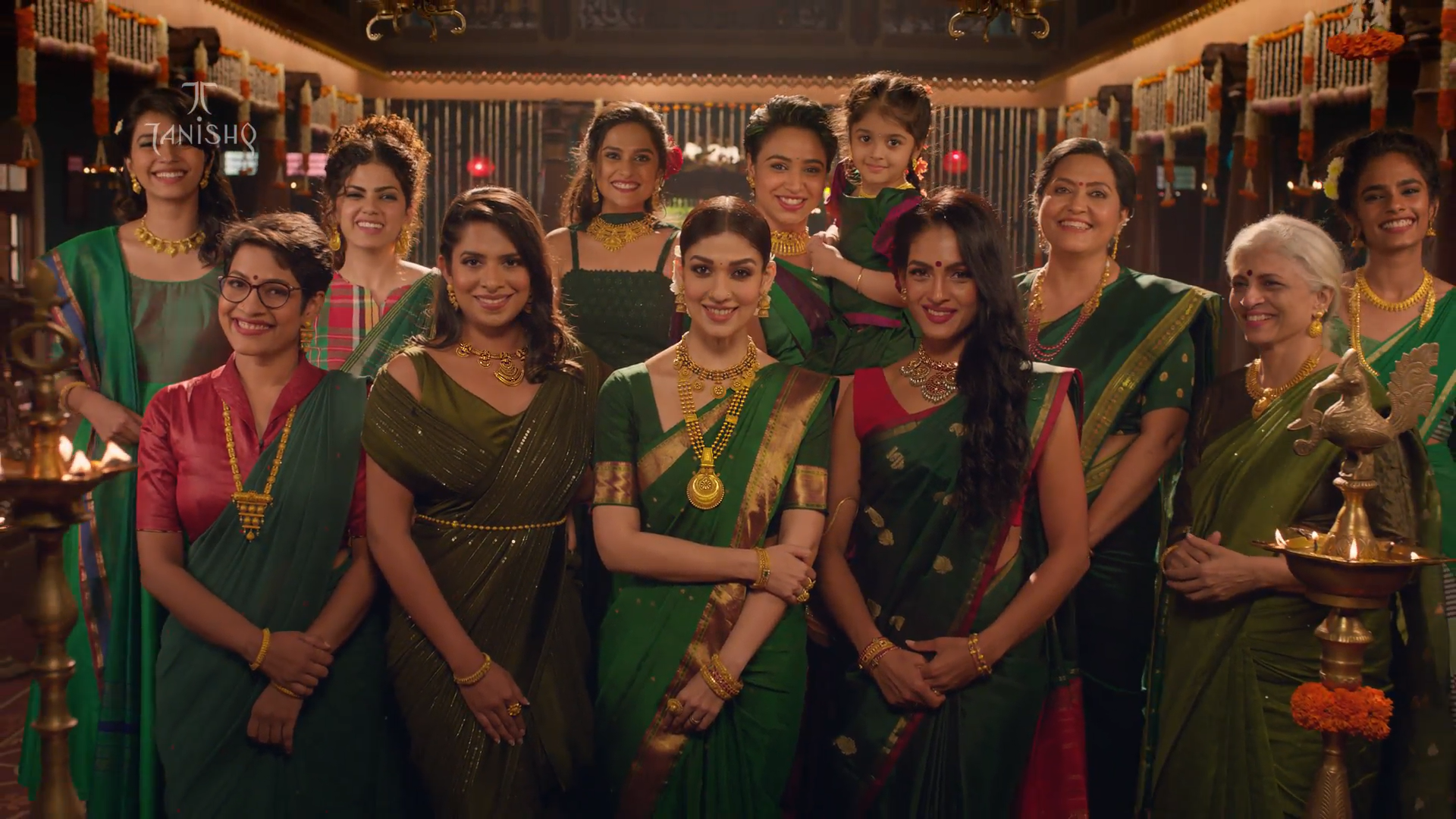 India’s most trusted jewellery brand, Tanishq has launched a heart-warming campaign ‘Pudhumai Penn’ exclusively for Tamil Nadu. The women of Tamil Nadu today, play dual contrasting roles – of being the culture-custodian and the change-maker of Tamil culture and values. With this campaign, Tanishq taps into this very insight and celebrates every Tamil woman and her balanced-duality that is the springboard of her undying, limitless & spirited personality.

The ‘Pudhumai Penn’ of Tamil Nadu is an embodiment of strength, affection, beauty and intellect which truly makes her the torchbearer of tradition and the change maker of today. The campaign beautifully encapsulates their essence as the one who dearly values culture, and is proud of embracing change that impacts the collective good of the society.

The film is conceptualised by Lowe Lintas. Set in a traditional ‘muttram’ (courtyard) with an ‘oonjal’ (swing), and ‘aathangudi’ tiles the 45-second film is drizzled with artefacts symbolic of Tamizh culture, undeniably evoking a strong sense of association, and making every viewer reminisce and recall their ancestry, their childhood, their rich Tamizh roots. The film is a reflection of a Tamil family coming together – from a Thatha-Paati, to a newly married couple, to women across all age groups, and kids running around- it is an all-inclusive film with Tanishq beautifully adorning every moment.

While the vibrant visuals with kuthuvilakku (lamps) cue in a celebratory fervour, the powerful lines of dual verses add a touch of poetry that majestically bring alive the duality of every Pudhumai Penn. True to the Tamil flavour, the music track is punctuated with South-Indian percussive rhythms and layers of instrumentation. In a way, the melody serves as the perfect soundtrack for the coming together of an entire Tamil household as little moments of joy & celebration unfold.

The film is as real as it can get with a carefully curated cast of real women achievers from the land of Tamil Nadu– A Silambam Champion, a classical dancer/entrepreneur, A Padma Bhushan awardee and others – with the ‘Lady Superstar’ of the South, Nayanthara, leading the pack. All these women are a perfect blend of championing tradition through their art form and giving it their own identity through a contemporary interpretation.

With this campaign, the brand evokes love for every ‘Pudhumai Penn’ who make the Tamil land sparkle with pride. And inspired by their brilliance comes fine gold & diamond jewellery by Tanishq designed as an ode to every ‘Pudhumai Penn’ using traditional craft forms in contemporary silhouettes.

Speaking about the campaign, Ranjani Krishnaswamy, GM – Marketing, Tanishq, Titan Company Ltd, said,“Tamil Nadu has been integral to Titan and Tanishq. Tamil Nadu has seen many firsts for Tanishq – our Hosur factory commenced in 1992 followed by first store launched at Cathedral Road in 1996. The relationship with Tamil Nadu has only gotten stronger with time with over 5.6 lacs customers who have been ardent patrons of brand.

As a brand that has always portrayed the progressive transformative journey of Modern Indian women with immense pride, Tamil Nadu provides a very apt narrative. Many years ago Bharatiyaar called them – Pudhumai Penn, and our attempt was to give a befitting ode to the Pudhhumai Penn of today, who are adding to the pride of Tamil Nadu in their own way.

Women in Tamil Nadu are experiencing a beautiful, yet paradoxical journey of being the rule keepers of culture and tradition, while being the change-makers, bringing modern nuances to tradition, creating new rituals that make tradition even more anchoring.

As a brand that endorses the progressive narrative on the modern Indian woman, this campaign is a celebration of today’s Pudhumai Penn who have been taking forward traditions and embracing change seamlessly generation after generation; who have been an inspiration for many. This film is our humble attempt to bring forth her story, her beauty and her strength in her own words replete with the pride of embracing her duality.”

Speaking about the campaign, Sagar Kapoor, Chief Creative Officer, Lowe Lintas, said “We envisioned the campaign as a celebration of the ‘Pudhumai Penn’ and the duality that she completely owns and flaunts – on one side, as the torchbearer of tradition, on the other, advocating for change. While the visuals cue in a celebratory fervour, the lines we hear flow like Tamil poetry, and the music seamlessly bring the two together.

The women of Tamil Nadu have been blazing trails and we wanted this to come out in all glory – which is why we’ve made it as real as possible with a carefully curated cast of real women achievers from across various fields from Tamil Nadu.”