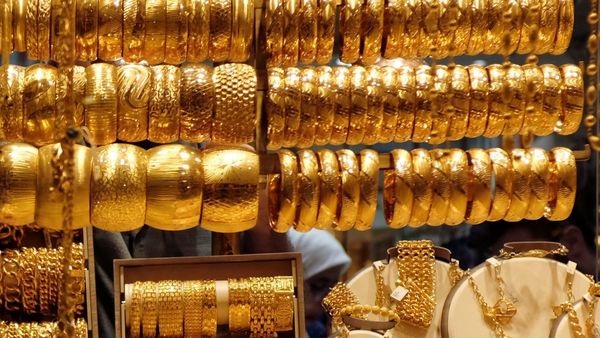 The girl betrayed those who hired her. She escaped after stealing one and a half crore jewels from Tanishq showroom. The case is from Rohtak district of Haryana. Sadar Kotwali police took action and arrested the girl from Shahjahanpur on Tuesday evening. She was going to sell stolen jewelry there. Diamond and gold jewelry have been recovered from the girl.

On getting the information, Rohtak police has also reached the spot. At a press conference held at Sadar Kotwali, SP Shashank Anand said that on Tuesday, Inspector Kiran Pal Singh came to know that the girl was going somewhere by car to sell stolen jewelry. As soon as it was known, the SP alerted all the police in-charge and directed them to check.

A team of Sadar Bazar and Tilhar police station was started and checking was started at Dat bridge. Meanwhile, the car passing through the bridge was stopped. When asked, the girl sitting in it told her Sonia Sharma resident, New Vijay Nagar police station Shivaji Colony Rohtak (Haryana). The original residence was Mahmadpur Road, Gohana Sonipat told. More than one crore jewels, including seven diamond fingers, were found in the car on search.

SP S Anand said that during interrogation at the police station, the accused Sonia told that she used to work at Tanishq showroom in Rohtak. On July 3, she stole about one and a half crores of jewelery from the showroom and fled from there on a rented car on Monday. She was accused of selling stolen jewelry in Shahjahanpur. A report has been filed in the case.