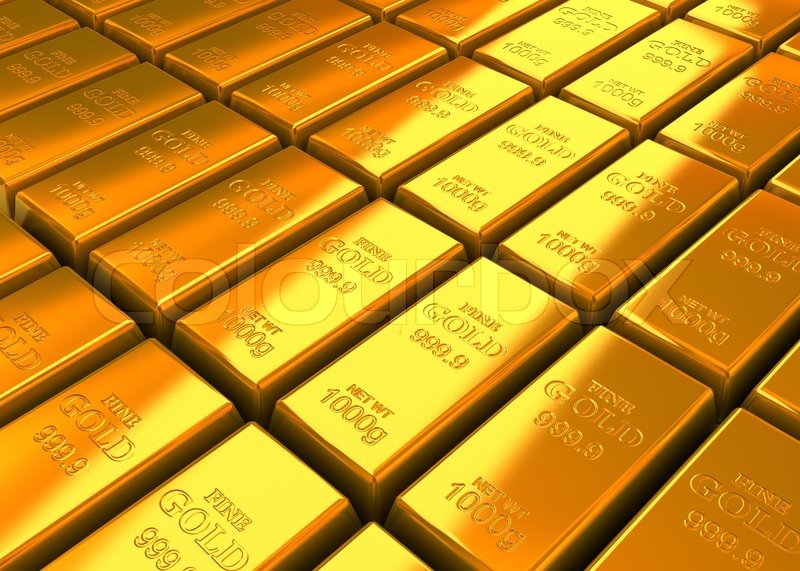 “Some calm has been restored in the equities market … We are seeing a bit of withdrawal of interest from the gold market,” said Macquarie commodity strategist Matthew Turner.World markets showed some relief from Chinese economic data in line with expectations and offered some bright spots, though concerns about British Prime Minister Theresa May’s Brexit plans prompted some caution.

U.S. markets were closed on Monday for a public holiday.”Gold could already find itself in increased demand today if the UK prime minister’s ‘Plan B’ for Brexit turns out to contain nothing new and the chaos thus continues,” Commerzbank analysts wrote.

The dollar rise within sight of a two-week high weighed on gold, which has climbed more than 10 percent since mid-August, largely because of equity market turmoil and a weak dollar. ActivTrades chief analyst Carlo Alberto De Casa said a break through $1,277 could lead the gold price down to $1,260.

Analysts said gold was still finding some support from expectations that the U.S. Federal Reserve had reached the end of its monetary tightening, a slowdown in global economic conditions and geopolitical uncertainties. Fed officials have left little doubt that they want to stop raising interest rates, at least for a while, before their first meeting of the new year over Jan. 29-30.

Meanwhile, spot palladium, which hit a record high of $1,434.50 last week, driven by a sustained deficit, shed 1.1 percent to $1,361.50 an ounce. “As a result of the strong rally over the last couple of months, the palladium market may see some consolidation before resuming its upward path,” said Hans-Guenter Ritter, Global Head of Trading at Heraeus Metals, Germany. Silver fell 0.7 percent to $15.22 an ounce while platinum lost 0.8 percent to $791.

(Retail Jeweller will be hosting their 6th edition of Retail Jeweller India Forum on February 9, 2019 at Sofitel BKC, Mumbai.  Register yourself today to be part of the exciting knowledge-based event, which will have renowned speakers sharing their rich insights on this year’s theme ‘Innovate to Win’. For more information and to register, login on to retailjewellerindiaforum.com)

Silver futures marginally up by Rs 7