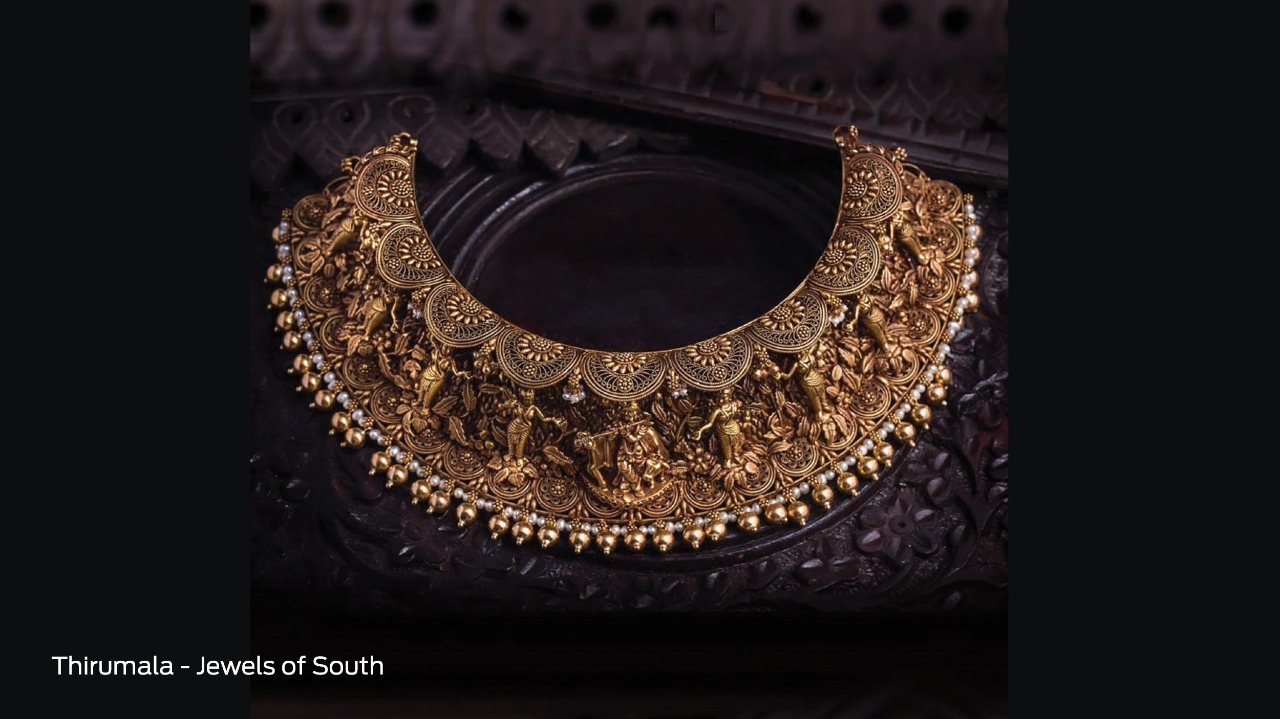 IIJS has started at the hub of South Indian jewellery, i.e. Bengaluru. There’s little wonder that the first Bengaluru edit of the industry’s biggest B2B event will come with a detailed offering of South Indian traditional jewellery. Manufacturers have pooled in all their might to appease buyers with varied inventory in this vertical.

Speaking with Akshay Jain of Thirumala, one gets the impression that the first day of IIJS 2021 has shown resounding response in South Indian traditional jewellery. “The fine nakaash jewellery range is doing very well. The deep nakaash works are grabbing attention of every buyer,” said Jain. “Every state in South India is known for their fondness in nakaash work and that interest is visible among buyers here,” he adds.

Confirming the idea of IIJS happening in Bengaluru, Jain said that of all the regions in India, buyers from South India are benefiting the most when it comes to buying traditional South Indian jewellery here.

When asked what is clicking at IIJS 2021, Poypelly Nanjuda from Varakrupa Jewellers(Booth nos.: 5Y021 and 5Y022 II) attributes the bigger space, better facilities and pleasant weather for a brilliant visitor turnout. “We have jhumkas, haaras, bangles and the entire bridal range in all-gold South Indian jewellery,” said Nanjuda.

Regarding buyers’ interest, Nanjuda shared his observations about a far better crowd in terms of serious buying intent as compared to previous versions of this show. “Demand for South Indian traditional jewellery has been good from west, east and central India apart from the obvious loyalty of South buyers at IIJS,” he maintained.