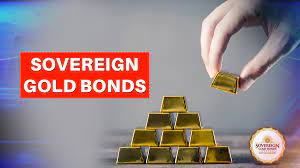 With the main objective to develop an alternate financial asset and as an alternative to purchasing/holding of physical gold, the SGB Scheme was notified by the Government of India on November 5, 2015, Sitharaman said in a reply in Lok Sabha.

Talking about features of the scheme, the Finance Minister said these bonds are issued on payment of Indian rupees and is denominated in grams of gold.

Bonds are issued on behalf of the Government of India by RBI, and have a sovereign guarantee.

“The bonds are restricted for sale to resident Indian entities. The investment limits are presently 4 kgs per fiscal year, for individuals and Hindu Undivided Family (HUF) and 20 kgs per fiscal year for trusts and similar entities. The ceiling will be counted on financial year basis and will include the SGBs purchased during the trading in the secondary market,” she said.

The ceiling on investment will not include the holdings as collateral by banks and financial institutions, she added.

She further said “interest payable on these bonds are half-yearly and are at the rate of 2.5 per cent per annum. Interest on the bonds is taxable as per the provisions of the Income Tax Act. The capital gains tax arising on redemption of SGB to an individual has been exempted.”

Meanwhile, the Sovereign Gold Bond Scheme 2021-22 Series V or the fifth tranche opened for subscription from Monday till August 13 with a settlement date of August 17, 2021.

The issue price of the bond during the subscription period has been fixed at Rs 4,790 per gram.

“Towards overcoming the debt burden, government’s focus is to reduce fiscal deficit from 6.8 per cent of GDP in BE 2021-22 to below 4.5 per cent of GDP by 2025-26. Debt consolidation through increasing buoyancy of tax revenues through improved compliance, increased receipts from monetisation of assets including public sector enterprises and land are the additional steps involved,” she said.

The strategy of reducing debt involving reduction of fiscal deficit, increasing buoyancy of taxes through improved compliance and increased receipts from monetisation of assets, including public sector enterprises and land ensures repayment capacity of the Government of India, she added.

The Surat Diamond Bourse to open in 2022