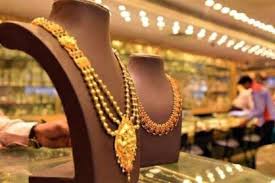 Gems and Jewellery Export Promotion Council (GJEPC) has urged the government to reduce import duty on gold to 4 per cent from 7.5 per cent and a special package for the sector in the forthcoming Budget to boost shipments.

“If (gold) imported at 4 per cent duty rate….working capital amounting to Rs 225 crore would be blocked instead of Rs 500 crore,” the council said in a statement.

The other suggestions of the council include an amendment in taxation provisions to allow the sale of rough diamonds in Special Notified Zone in Mumbai; clarification on online equalisation levy for business to business international diamond auctions; and extension of the sunset clause for SEZ units, as it would allow the SEZ units to stay competitive in the international markets.

“We will achieve the target of USD 41 billion for this sector (for the current fiscal). We now target to achieve USD 100 billion exports when India will observe the centenary of its independence. To kickstart the same, we appeal to the government to announce a special package for the sector in the forthcoming Union Budget,” Shah said.

He added that the only way to further scale up this sector is through policy reforms, which will make us more competitive in the global market.

“We have requested to reduce import duty on cut and polished diamonds; permit the sale of rough diamonds in Special Notified Zone in Mumbai. This will not only help the Indian diamond industry to remain as the largest diamond producer of diamonds in the world but would also help us to become the largest diamond trading hub,” Shah added.

He said that the reduction in import duty on precious metals – gold, silver and platinum – would be a step towards making India “the number one” exporter of jewellery in the world.