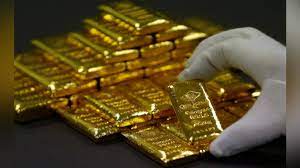 The game-changing Comprehensive Economic Partnership Agreement (CEPA) signed between India and the United Arab Emirates (UAE) last week, though widely expected to give a big boost to the gems and jewellery sector among others in the country, is unlikely to bring down smuggling of gold from the Gulf Cooperation Council (GCC) nation.

Under the free trade pact, India has set a lower tariff rate quota of 2% for up to 200 tonnes of gold imported from the UAE. At present, gold attracts 10.5% customs duty, including Agriculture Infrastructure Development Cess and Social Welfare Surcharge.

“Certainly, the legal import flows of gold will increase from the UAE. But the agreement will not reduce smuggling unless otherwise the import duty is drastically cut,” Arun Ramdas Naik, spokesperson, All Kerala Gold and Silver Merchants Association, said.

With the CEPA coming into force, the UAE will have a 1% price advantage as compared to the rest of the world. Indian jewellers thus can source gold at lower prices. Perhaps, the UAE can replace Switzerland as the biggest yellow metal exporter to India in the coming years.

Officials attached to the Central Excise and Customs Department, also say that concession given on gold imported from the UAE would not lessen the flourishing unofficial gold trade. An estimated 300 tonnes of gold are smuggled into India every year.

South Indian States, including Kerala, Tamil Nadu, and Karnataka, consume 40%-45 % of gold imported into the country. Interestingly, airports in the South – Chennai and Calicut – have witnessed the highest amount of smuggled gold seizures in recent times. Around 200 kilograms of gold are seized from the Calicut airport per annum.

Owing to flight and international travel restrictions, the seizures came down in 2020-21. Even then, both the airports saw the highest number of seizures. Previously, smuggling of gold was rampant in Delhi and Mumbai. But seizures were drastically reduced during the COVID-19 period, sources said.