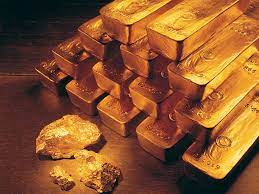 A quick glance at social media feeds in India over the past month shows a flurry of weddings as couples rush to tie the knot following a lifting of some virus curbs.

About 2.5 million ceremonies are estimated to have taken place since mid-November, around a quarter of this year’s expected annual total, after the government eased some restrictions around gatherings. It’s a stark turnaround for India’s jewellers, who have seen demand hammered for almost two years as the coronavirus led to the postponement of many weddings — a key source of demand for the nation that considers buying and gifting of gold as auspicious — while broader financial hardship further curbed purchases.

The bumper festival season may help push India’s gold imports to as much as 900 tons this year, the highest in six years, Metals Focus Ltd said. That’s up from about 350 tons last year, according to World Gold Council figures.

“Lower prices and pent up demand has helped boost sales, but we are also seeing a lot of weddings this year with some estimates suggesting that we could have a record number,” said Chirag Sheth, a Mumbai-based consultant with Metals Focus. “What has happened in the past year and a half has revived people’s faith in gold.”

India is the world’s second-biggest gold consumer and imports almost all the metal it consumes. Purchases typically peak in the festival quarter of October to December, and the World Gold Council has previously estimated sales in the period will be the best in at least a decade.

“There were a lot of weddings that were postponed from the previous year and now again the pandemic scare is picking up,” pushing some couples to bring forward their ceremonies, said Tanya Rastogi, director at Lucknow-based Lala Jugal Kishore Jewellers. “This time customers were looking for gold-heavy ornaments rather than stone-studded ones, which hints at the trend that jewelry is again being bought with a lot of sensitivity toward its investment value.”

A recovery in consumer confidence and a retreat in gold prices from last year’s peak are likely to further buoy demand. “In the long-term we are extremely bullish on Indian demand given the fact that prices have normalized and come down,” said Sheth.