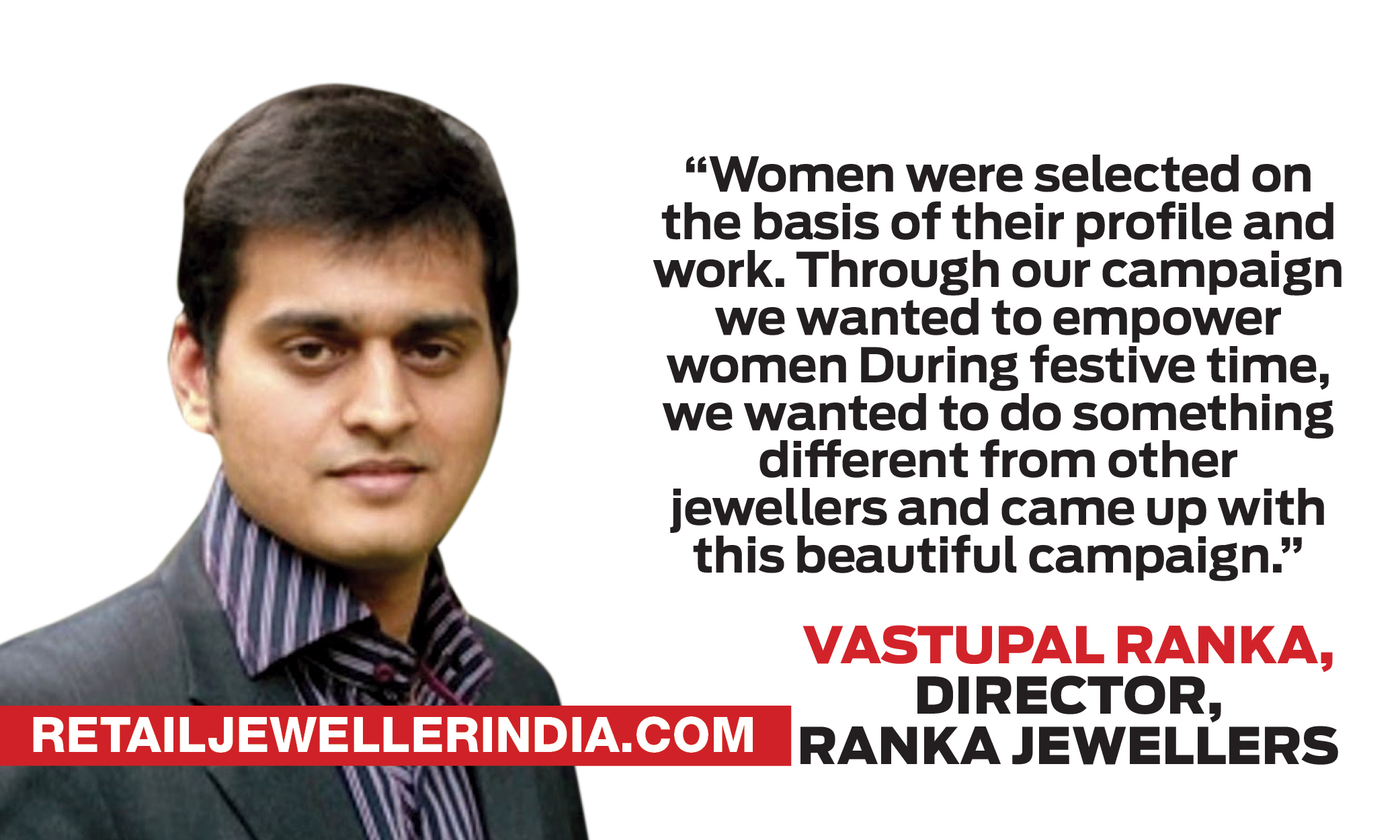 Ranka Jewellers recognised the efforts taken by brave hearts who have contributed in society and made an impact.

On the auspicious occasion of Navratri, Pune-based Ranka Jewellers honoured nine women from different walks of life for their societal contributions by showing their inspirational videos  on the brand’s Facebook page.

Speaking about the campaign, Vastupal Ranka, director, Ranka Jewellers said, “The women were selected on the basis of their profile and work. We wanted to empower women, something different from other jewellers and thus came up with this campaign. We at Ranka Jewellers believe in honouring brave hearts who have impacted the society positively and have done so this Navratri.”

One of those featured was Aashna, a popular plus size fashion blogger, who now motivates everyone aspiring to make it big in fashion irrespective of size. Another woman named Neha Panchamiya was featured who quit her job as human nutritionist to save stray animals.

“Targetting tech-savvy audience, we thought that Facebook and Instagram are the most popular social media platform to draw maximum attention. Other than just marketing product, it is crucial to connect with people emotionally and culturally through these campaigns. It is the need of the hour for any jeweller, Ranka said.

Happy with the response from customers, Ranka said that people are praising their campaigns. “We have seen a growth of about 20% in retail footfalls since we have launched the social media campaigns,” he signed off.

CBIC issues clarification on Export of Gems and Jewellery via Courier