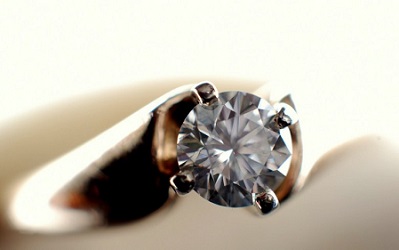 The world’s natural diamond market all but shut down at the start of the Covid-19 pandemic. More than eight months later, experts say the market is beginning to recover.

“The whole diamond pipeline, as it’s called, was just plugged,” said Tom Hoefer, executive director of the NWT and Nunavut Chamber of Mines.

“There was certainly a multi-month period where business was essentially halted,” added Paul Zimnisky, a global diamond industry analyst based in New York.

That business started to resume in August, Zimnisky said, and has since accelerated. Manufacturing capacity in India is now at around 90 percent of its prior level.

“There’s actually a shortage of certain categories of diamonds because that manufacturing shut down in India. So now a lot of these companies in India are playing catch-up,” Zimnisky said.

Many mining companies have reduced their production outlook for rough diamonds after operations slowed or shut down.

In April, for example, De Beers Group – which had anticipated production of 32 to 34 million carats – revised its guidance downward to between 25 and 27 million carats.

De Beers said sales to diamond cutting centres fell 49 percent in the first half of 2020, compared to the previous year.

While people are also buying diamonds in North America, demand lags behind China. Zimnisky said that’s due in part to the shutdown, while travel restrictions mean fewer sales to tourists who usually buy luxury diamonds.

“We are seeing a recovery,” he said. “It’s just kind-of unclear, at this point, how long it’s going to take to get back to where we were pre-pandemic.”

According to De Beers’ 2020 diamond value chain dashboard, diamond jewellery sales in China dropped 45 percent in the first quarter of 2020 compared to the same period in 2019. By the time of the third quarter, major jewellery retailers reported positive growth in mainland China.

In the US, sales dropped 20 percent in the first half of 2020 but there was evidence of rising sales in the third quarter.

Zimnisky said Chinese retailers are stocking up on diamonds for the Chinese new year, a busy time for the industry. More people are also likely to buy luxury gifts this year in lieu of vacations, cruises, or tickets to things like plays and sporting events, he suggested.

In November, De Beers said more couples were buying engagement rings than at the start of the pandemic and many were upgrading in colour, cut and clarity.

Traditional sales events to retailers and wholesalers in the diamond hub of Antwerp, Belgium, and in other international locations have now resumed, Zimnisky said, albeit with restrictions. Some customers are also buying diamonds sight-unseen from trusted companies or online.

Mountain Province Diamonds, 49-percent owner of the NWT’s Gahcho Kué mine, in October announced its second traditional sale since the start of the pandemic. The company said it sold 559,528 carats for $45.7 million, a record in both volume and value.

“That’s a good sign,” said Hoefer, the chamber of mines executive director, adding it seems the industry is “off the trough at the bottom and we’re climbing out of it.”

“How long that will take to come back to normal is anybody’s guess at this point,” he said.

De Beers said rough diamond sales between November 6 and 16 reached $450 million – up 12 percent on the same period last year but down on reported sales of $467 million between September 21 and October 9.

Mining in the NWT

In northern Canada, both mining and exploration have been affected by the pandemic. Natural Resources Canada says exploration expenditures are expected to decrease significantly across all three territories this year.

In the NWT, 2020 exploration spending is forecast to total $36.6 million, a 54-percent drop on 2019. A similar drop is expected in the Yukon, while Nunavut is expected to see a 42-percent decrease.

Hoefer believes that’s because other jurisdictions have greater road access and fewer travel restrictions. He also said gold prices “took off to record heights” this year.

Hoefer said the economic contribution of diamond mining to the NWT would be undoubtedly reduced in 2020.

That’s significant: mining, oil, and gas accounted for 27 percent of the territory’s gross domestic product in 2019 according to the NWT Bureau of Statistics. Mines provided 1,592 northern jobs in 2017, 819 of which were filled by Indigenous employees.

The Ekati mine suspended operations in March and Dominion Diamond Mines entered creditor protection shortly afterward. While the mine has yet to reopen, Dominion announced in mid-November it would recall 60 of its roughly 400 furloughed employees to prepare for an anticipated restart.

In October, Dominion’s plans to sell the mine to another subsidiary of parent company the Washington Group fell through. A group of Dominion’s creditors is now working on an agreement to restructure the company’s debt and provide new funding.

Even before the pandemic hit, Hoefer noted the NWT’s mining sector was in a weak position – due in part to maturing mines.

“The trick now, or the opportunity now, is to put things into place so that we can come out even stronger than we were before Covid,” he said.

GJSCI launches J.A.D.E, bridges the gap between the jewellery and IT sectors